SALC IN THE NEWS: A LANDMARK RULING IN SOUTH AFRICA

Home » SALC IN THE NEWS: A LANDMARK RULING IN SOUTH AFRICA 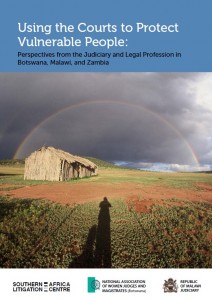 For the past decade, South Africa has been the preferred vacation spot, shopping destination and international transit hub for members of the tyrannical and murderous government ruling its northern neighbor, Zimbabwe — a government that has rigged elections, beaten and killed opposition activists and ruined a once thriving economy. All of this could now change because of a landmark legal decision. 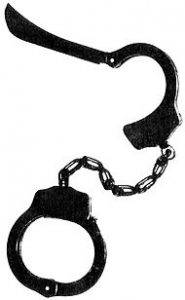 Last week, the High Court in Pretoria, South Africa’s administrative capital, handed down a historic judgment. It ordered South African authorities to investigate and prosecute members of Robert Mugabe’s government who had tortured their political opponents. Under South African law, the police are obliged to investigate evidence of a crime against humanity, wherever it occurs, if the rule of law does not exist there, as is the case in Zimbabwe.

The ruling has profound implications. It could cement South Africa’s commitment to protecting human rights and broaden the application of universal jurisdiction, which is the ability of countries to prosecute people who committed certain egregious crimes outside its borders. Unfortunately, the South African authorities want to sidestep it and are reportedly preparing an appeal to the Supreme Court of Appeal, which oversees the High Courts.

Overturning the ruling would be a disastrous setback, and all those who care about human rights in Africa should pressure President Jacob Zuma of South Africa to let the decision stand.

The case began in early 2008, when lawyers gave South African government prosecutors a dossier containing evidence that 17 Zimbabweans, some of whom now live in South Africa, had been tortured. They had been seized by Mr. Mugabe’s police in Zimbabwe during a raid of the main opposition party’s headquarters. The police then tortured them with electric shocks, mock executions and simulated drowning. Inside the dossier were the victims’ sworn statements, corroborating affidavits from witnesses and doctors and the identities of the alleged perpetrators.

Yet the South African government prosecutors have so far refused to investigate these allegations, overruling the recommendations of the prosecutor in charge of the case. They tried to argue that such an investigation was impractical, and that it would complicate diplomatic relations with Zimbabwe at a time when President Zuma was supposed to be mediating between Mr. Mugabe and the opposition. The Pretoria High Court threw out all these objections, and said that the South African police and prosecutors had acted unconstitutionally by letting political considerations stop them, and that they were obliged to investigate.

Although South African prosecutors cannot try the perpetrators in absentia, the case will still have a galvanizing effect on the situation in Zimbabwe. Anyone there who is under investigation will now risk arrest by coming to South Africa, a country frequented by the Zimbabwean elite for shopping, medical treatment, catching international flights or visiting their vacation homes in Johannesburg or Cape Town.

Already there is speculation about who is on the confidential suspect list. It is believed to include midranking and senior police officers, and members of the military council that essentially runs Zimbabwe for Mr. Mugabe. But future cases may reach higher, as South Africa’s laws could trump diplomatic and sovereign immunity, which means sitting heads of state could be potentially vulnerable, too — although they would have to be on South African soil to face arrest.

This ruling would have a far greater impact than the current American and European Union sanctions, which impose a travel ban and asset freeze on Mr. Mugabe and his inner circle, who still routinely manage to travel to United Nations gatherings in the United States and Europe by exploiting diplomatic exemptions.

The most immediate effect would be on the behavior of Mr. Mugabe’s enforcers in the run-up to the next elections, which are due to take place sometime in the next year. During the 2008 elections, hundreds of opposition supporters were killed and thousands tortured, a period Zimbabweans refer to as “The Fear.” There are already signs of an uptick in political violence as the next election approaches. But the fact that the perpetrators of violence can no longer act with complete impunity should make many of them think twice.

All efforts should now be brought to bear on Mr. Zuma and the South African government to dissuade them from appealing the verdict. South Africa’s powerful trade union movement, Cosatu, which is allied with the ruling African National Congress, should strenuously lobby Mr. Zuma for this law to be honored, as should the lively South African media.

Likewise, all nations that care about countering crimes against humanity should pressure South Africa to accept the court’s decision. By letting this judgment stand, Mr. Zuma’s government has a historic opportunity to show its critics that it has a genuine commitment to human rights. If, however, South Africa seeks to reverse the ruling, it will be a tragedy for Zimbabwe’s many torture victims, past and future.

Peter Godwin is the president of the PEN American Center and author, most recently of “The Fear: Robert Mugabe and the Martyrdom of Zimbabwe.”