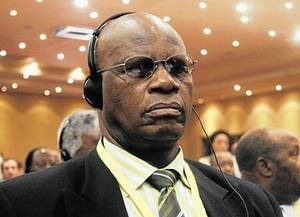 Zanu-PF was dealt a blow this week when a high court ruled South Africa was obliged to investigate the instigators of human rights violations in Zimbabwe.

The North Gauteng High Court ruling – which deals with the torture of 15 Movement for Democratic Change (MDC) activists netted in a police raid at the MDC headquarters in Harvest House, Harare, in 2007 – has cast the spotlight on wider human rights violations that have taken place in Zimbabwe.

Allan Wallis, a lawyer at the Southern Africa Litigation Centre (SALC), which brought the case before the court, said: “This case relates to the raid at the MDC’s Harvest House and we put up the case by having doctors check the victims and corroborate their claims of torture.

“It highlights the systematic use of violence by the state, and is indicative of widespread human rights violations that have taken place with impunity in Zimbabwe”.

In the past decade, Zanu-PF and military officers have been fingered by human rights groups Amnesty International and Human Rights Watchfor the bulk of human rights violations.

The ruling by Judge Hans Fabricius paves the way for officials linked to the abuses to be arrested and tried upon entry into South Africa.

“The NPA [National Prosecuting Authority] and SAPS [SA Police Service] had acted unconstitutionally and unlawfully in not taking forward the original investigation,” Fabricius said. However, Justice, Legal and Parliamentary Affairs Minister Patrick Chinamasa came out guns blazing . He shot down the ruling, describ ing it as “irrelevant”.

“The ruling brings the SA justice system into disrepute. No specifics have been identified. They should have given a blow-by-blow account of what crimes have been committed.

“That the court made a ruling based on a generalised opinion, is a sad moment for the justice system in South Africa,” Chinamasa said.

Attorney-General Johannes Tomana said it was unheard of for Zimbabwean cases to be tried in a foreign court, when Zimbabwe had a “viable justice system”.

But Wallis said: “Whether Zimbabwe cooperates with the judgment is immaterial. What this judgment has served to do is to highlight SA’s position in honouring its obligations in international law. Whether the Zimbabwe government likes it or not, it sets a warning to other rights violators that they will not be accommodated in SA”.

SALC executive director Nicole Fritz agreed: “It’s not just about Zim, it sets a broad precedent by ruling that SA authorities have a duty to investigate international crimes wherever they take place. It is a step forward for international criminal justice”.

Analysts are warning that President Robert Mugabe and Zanu-PF – both opposed to South African President Jacob Zuma’s mediation in Zimbabwe’s political crisis – may use the ruling to force a diplomatic stand-off and pull out of the negotiations.