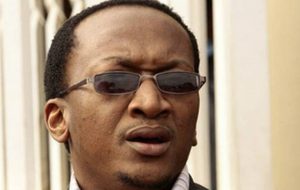 The Pretoria High Court has ruled that the National Prosecuting Authority and the police must investigate and charge suspected perpetrators of crimes against humanity if they enter South Africa.

The ruling paves the way for the possible prosecution of high-ranking Zimbabwe officials, which would strain already difficult diplomatic relations with the power-sharing government in that country.

Judge Hans Fabricius ruled that South Africa was obliged to investigate and prosecute international crimes under the Rome statute and under its own International Criminal Act.

“I hereby hand down a mandatory order, with costs, which obliges the respondents [the National Directorate of Public Prosecutions and the SA Police Service] to investigate the docket before them.”

The Zimbabwe officials concerned are accused of masterminding “crimes against humanity” by instituting a state-sanctioned reign of terror in their country.

“This judgment will send a shiver down the spines of Zimbabwean officials who believed that they would never be held to account for their crimes but now face investigation by the South African authorities,” said Nicole Fritz, executive director of the Southern Africa Litigation Centre, one of the applicants.

The centre and the Zimbabwean Exiles Forum had asked the court to review and set aside a decision by the NPA and the SAPS not to investigate Zimbabwean officials linked to the alleged torture.

The offences under scrutiny included a March 2008 raid by Zimbabwean police on the Harare offices of the then opposition Movement for Democratic Change.

The movement claimed its members were detained and frequently tortured.

President Robert Mugabe and several members of his ruling Zanu-PF have already been hit with international sanctions for suspected human rights abuses.

NPA spokesman Mthunzi Mhaga said: ” We do not have an investigative mandate, but we will study the judgment and see if there are other legal avenues we can explore.”