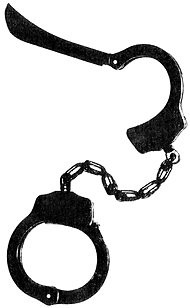 Pretoria – South Africa is obliged under international law to probe alleged atrocities by officials in Zimbabwe, the High Court in Pretoria ruled on Tuesday.

Judge Hans Fabricius ordered the National Prosecuting Authority to prosecute the Zimbabweans concerned if they ever set foot in South Africa.

The officials are accused of masterminding “crimes against humanity” by instituting a state-sanctioned reign of terror in their country.

“I hereby hand down a mandatory order, with costs, which obliges the respondents – National Directorate of Public Prosecutions and SA Police Service – to investigate the docket before them.”

The court action was brought by the Southern African Litigation Centre (SALC) and the Zimbabwean Exiles Forum (ZEF).

They had asked the court to review and set aside a decision by the NDPP and the SAPS not to investigate Zimbabwean officials linked to the alleged torture.

The offences under scrutiny included a raid by Zimbabwe’s police on the Harare offices of the then opposition Movement for Democratic Change. The MDC claimed its members were detained and continually tortured.

SALC and ZEF representatives in court were elated at what they described as a “trend-setting ruling”.

“As a victim of torture myself, this is a victory for all people who suffer injustice not only in Zimbabwe, but across the world,” he said.

“The ruling has proved that there are jurisdictions where victims can fight to enforce their right, or at least be heard.”

He said the judgment would set a precedent on how international human rights law should be interpreted.

“The greatest impact of this ruling is the moral victory that it gives to justice over political expediency. This will potentially deter those who may be compelled to carry out the same kind of abuses.”

Shumba said the dossier the organisations submitted to the South African authorities contained “overwhelming evidence” which made it necessary to arrest “certain Zimbabwean officials” if they set foot in South African jurisdiction.

Shumba hoped the relationship between Zimbabwean and South African government officials would not stand in the way of the ruling.

The people on the “long-list of perpetrators” could also be arrested if they travelled to other countries which had extradition agreements with South Africa, said Shumba.

Lawyer Alan Wallis, for the International Justice Project, said the judgment was “ground-breaking” and meant Zimbabweans implicated in the atrocities could be arrested, prosecuted and tried in South African courts.

“This is the best chance to secure justice for Zimbabweans. The court has sent a clear message that South Africa will not be a safe haven for perpetrators of international crime.”

Wallis said the investigation part might be an expensive endeavour, but securing justice outweighed any cost.

Nicole Fritz, executive director of the SALC, said the judgment was a timely reminder to those who committed human rights abuses that there would be consequences at some point.

“They must appreciate that they must pay. They cannot just continue to travel around the world and enjoy impunity as they currently do in Zimbabwe. We are very elated, the outcome is the best for us.” – Sapa