SALC IN THE NEWS: ‘DO DIPLOMATIC TIES TRUMP HUMAN RIGHTS?’ 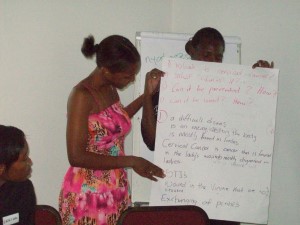 A Pretoria High Court judge questioned what recourse the victims of crimes against humanity in Zimbabwe had, if the South African police and the National Prosecuting Authority refused to investigate and prosecute the perpetrators.

A Pretoria High Court judge questioned what recourse the victims of crimes against humanity in Zimbabwe had, if the South African police and the National Prosecuting Authority refused to investigate and prosecute the perpetrators.

According to the police, they had no obligation to investigate these crimes, as the South African courts did not have the jurisdiction to hear the matter.

“Does this mean one can take all the complaints regarding acts of inhumanity and put them in the dustbin?” Judge Hans Fabricius asked.

He was also not impressed by the arguments advanced on behalf of the SAPS that one of the reasons why the SAPS did not investigate these crimes – committed in 2007 when the Zimbabwe police raided the offices of the Movement for democratic Change (MDC) – was because this could strain diplomatic relations.

The judge wanted to know whether diplomatic relations with the Zimbabwean government were more important than people’s human rights. While counsel for the police elaborated on this point, the judge remarked: “I can just throw my hands in horror…”

The judge said he judged this case on law and not on politics.

Counsel for the SAPS, Andre Ferreira, delivered his argument on Wednesday in the application by the Southern African Human Rights Litigation Centre Trust and the Zimbabwean Exiles’ Forum (Salc).

They are asking the judge to review and set aside the decision by the NPA and SAPS not to investigate Zimbabwean officials allegedly linked to acts of torture when more than 100 people were arrested and tortured following the 2007 raid in Zimbabwe.

Salc said SA was, in terms of the Rome Statute of the International Criminal Court Act (ICC Act) obliged to investigate these crimes.

Ferreira said the issue which cut through this case was that there was no purpose for investigating these crimes, as the South African courts did not have jurisdiction to try this case.

He said this was one of the reasons taken into consideration by the then police commissioner Tim Williams for not investigating the matter.

“It would have been an exercise in futility… The commissioner said: ‘Why should I investigate if the courts here have no jurisdiction to adjudicate against the crimes committed?’”

Ferreira said it wasn’t their case that the SAPS couldn’t investigate cases under the Rome Statue, but in this specific instance it would have served no purpose.

“If we do not have the jurisdiction to try the case here, an investigation would have been a waste of the South African public’s money.”

He told the court that it wasn’t the case of the SAPS that torture wasn’t a crime in SA, but questioned why South Africans should foot the bill for “something which would lead nowhere”.

This prompted Judge Fabricius to ask Ferreira whether he was a philosopher. The judge cited a German phrase, roughly translated as “a value in itself”. The judge questioned whether cases weren’t sometimes brought to court so that victims could bring injustices to the court’s and the public’s attention.

“Maybe this is a value in itself… If everyone is silent, no one will be heard,” he said.