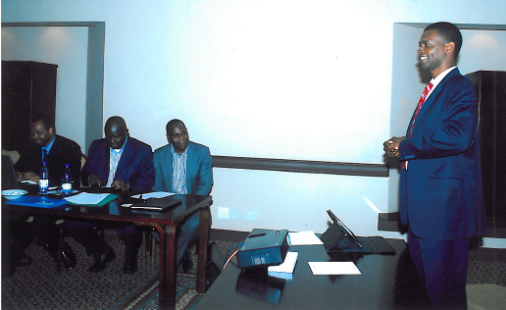 Johannesburg– The North Gauteng High Court today was forced to postpone the landmark case brought by the Southern Africa Litigation Centre (SALC) and the Zimbabwean Exiles Forum (ZEF) to compel South Africa to investigate and prosecute high level Zimbabwean officials accused of crimes against humanity – after the National Director of Public Prosecutions (NDPP) appointed new counsel just days before the case was due to start.

The NDPP’s last-minute decision to terminate the services of State Advocate, Christopher Macadam, coincided with stunning new testimony from Anton Ackermann, the head of its Priority Crimes Litigation Unit (PCLU) – indicating that he had recommended an investigation, had disagreed with the police’s reasons for not pursuing the case and had been manipulated and misled by both his colleagues within the National Prosecuting Authority (NPA) and the State’s Advocate.

In an extraordinary twist, Ackermann’s affidavit was lodged before the Court by the main applicant, SALC, even though he is one of the four respondents in the case.

“The contents of Ackermann’s affidavit cast serious doubt over the reasons that the NDPP and the Police Commissioner gave for not initiating an investigation into these crimes against humanity,” said Nicole Fritz, Executive Director of SALC. “His testimony also calls into question the very independence and impartiality of the NPA and its prosecutors.”

As the head of the PCLU, Ackermann is in law responsible for the management and direction of investigations and prosecutions of international crimes and he was the original recipient of SALC’s request to initiate an investigation. According to his sworn testimony, he called for a docket to be opened, SALC to be consulted, the PCLU to be approached for guidance and for the docket to be submitted to the NPA for a final decision. None of these recommendations were followed.

As a cited respondent, Ackermann was within his rights to independently participate in the proceedings. However, as his affidavit and the accompanying evidence demonstrate, his attempts to provide his version of events were met with persistent resistance on the part of his colleagues – and even threats.

“Ackermann’s willingness to come forward with his side of the story, despite the fact that it could severely compromise his career, demonstrates both his integrity and his commitment to dispense justice independently and without fear, favour or prejudice,” said Gabriel Shumba, Chair of ZEF. “It is sad to think that he is likely to be punished for seeking to do his job properly.”

And the threats have been very clear. For example, in correspondence between Ackermann and Macadam that is now before the Court, Ackermann was warned to “very carefully and seriously consider the implications of including a statement that you were not satisfied… which has very important consequences for both the Applicants and the Respondents. I also believe that the court would be required to make findings on your ethical conduct which could result in further action being taken against you … you may well be held liable in your personal capacity for the costs” incurred.

“Ackermann’s affidavit and appended correspondence makes it clear that he was manipulated and lied to for years and that his colleagues and the State Advocate resorted to bullying tactics better suited to playgrounds in a desperate attempt to silence him,” said Shumba.

In addition to being threatened, Ackermann’s attempts to secure legal representation were continuously interfered with. In email correspondence annexed to the affidavit, the NDPP, Menzi Simelane, who is currently on special leave, assured Ackermann that it would not be necessary to file a separate affidavit since issues that he would have raised “can and will be raised”in the NDPP’s affidavit – although this never occurred. The State Attorney was also instructed not to engage with him, and assistance was only forthcoming once it was discovered that Ackermann intended to file this affidavit.

“It is prosecutors such as Ackermann that inspire confidence in the justice system and the rule of law and it is no surprise that George Bizos signaled Ackerman out early on in his career as the ‘outstanding exception amongst those [apartheid era prosecutors] who thought that protecting the police was more important than justice’” said Fritz.

The case will now be heard on a later date to be determined by court.

“While the delay is regrettable, SALC and ZEF believe that the postponement is necessary for the proper adjudication of this matter given the importance of the issues at stake,” said Fritz. “We hope that the NPA now proceeds by properly dealing with the case and not by seeking to take punitive action against Ackermann.”

This case concerns South Africa’s legal obligations to investigate and prosecute high level Zimbabwean officials accused of crimes against humanity. SALC and ZEF are asking the High Court to review and set aside the decision of the National Prosecuting Authority and the South African Police Services not to investigate Zimbabwean officials linked to acts of state-sanctioned torture following a police raid on the headquarters of the Movement for Democratic Change in 2007. This case represents the first time that a South African court will have the opportunity to provide guidance on the scope and nature of the obligations placed on the South African authorities by signing up to the International Criminal Court and its domestication thereof. Lawyers for Human Rights represent SALC and ZEF in this matter.