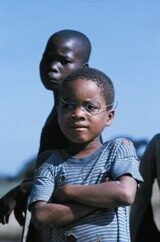 Johannesburg – The Southern Africa Litigation Centre (SALC) and the Zimbabwean Exiles Forum (ZEF) have launched a landmark case in the North Gauteng High Court to compel South Africa to abide by its legal obligations to investigate and prosecute high level Zimbabwean officials accused of crimes against humanity.

SALC and ZEF are asking the High Court to review and set aside the decision of the National Prosecuting Authority and the South African Police Services not to investigate Zimbabwean officials linked to acts of state-sanctioned torture following a police raid on the headquarters of the Movement for Democratic Change in 2007.

“The decision not to pursue credible evidence of crimes against humanity was taken for political reasons, it ignored South Africa’s clear obligations under both international and domestic law,” said Nicole Fritz, Executive Director of SALC. “The High Court has an opportunity to set an important precedent, which will ensure that South Africa lives up to its legal responsibilities to prosecute the perpetrators of international crimes.”

By ratifying the Rome Statute of the International Criminal Court, South Africa committed itself to prosecute perpetrators of serious international crimes, regardless of where they are committed. However, this case represents the first time that a South African court will have the opportunity to provide guidance on the scope and nature of the obligations placed on South African authorities by signing up to the ICC.

This case has its genesis in a detailed docket submitted by SALC to the NPA’s Priority Crimes Litigation Unit in March 2008 documenting acts of torture committed after the Zimbabwean police raid on MDC’s Harvest House. Torture is a crime against humanity, according to the ICC.

“As soon as the NPA was in possession of the docket, South Africa’s obligations to investigate with a view to prosecuting those responsible were triggered,” said Gabriel Shumba, Chairperson of ZEF. “Since the ICC Act obliges South Africa to arrest and prosecute perpetrators of international crimes if they enter South Africa, the Zimbabwean officials identified in the docket should have been arrested when they set foot in South Africa or at the very least questioned.”

Despite the existence of specialised units within South Africa’s prosecutorial and police services to investigate crimes of this nature, no effort was made to initiate an investigation despite the availability of credible evidence. A negative decision was only communicated to SALC in June 2009 and the reasons given demonstrate a fundamental misunderstanding of South Africa’s international law obligations and the ICC Act.

“Continued impunity in Zimbabwe does not bode well for constitutional reform and the possibility of free and fair elections,” said Fritz. “South Africa has the legal framework, and the technical capacity and expertise to dispense international justice. Moreover, South Africa cannot afford to be seen as a refuge for international criminals the world over. It is in its own best interests to ensure that these types of criminals are brought to book.”

On 28 March 2007 Zimbabwean police conducted a raid on Harvest House, the headquarters of the then opposition party, the Movement for Democratic Change (MDC). Initially over 100 people were taken into custody, including those who happened only to work in nearby shops or offices. Individuals affiliated with the MDC were detained in police custody for several days where they were continuously tortured. Repeated patterns of torture included mock execution, waterboarding and the use of electric shock.

SALC compiled detailed and motivated testimony relating to events that took place during and subsequent to the raid on Harvest House. SALC’s representations demonstrated that: the individuals were tortured on the basis of their association with the MDC and their opposition to the ruling party, ZANU-PF; the abuse they were subjected to was inflicted by and/or at the instigation of and/or consent or acquiescence of public officials that visit South Africa on a regular basis; and these acts of torture were part of a widespread and systematic attack on MDC supporters and officials and those opposed to the ruling party, the ZANU-PF.

On 14 March 2008 the docket was submitted, in terms of the Implementation of the Rome Statute of the International Criminal Court Act 27 of 2002 (ICC Act), to the Priority Crimes Litigation Unit (PCLU). The PCLU is a specialized unit within the South African National Prosecuting Authority (NPA), the Head of which, is, in terms of a Presidential Proclamation,  mandated to “manage and direct the investigation and prosecution of crimes contemplated in the” ICC Act. In light of the information presented to the PCLU, SALC requested that an investigation and prosecution be instituted.

SALC prepared its request in the knowledge that obligations under the ICC Act, in terms of the section 4(3) requirement of “presence”, could be satisfied, since several of the perpetrators named in the representations travel to South Africa on official and personal business.

The ICC Act therefore empowers the NPA and the South African Police Services (SAPS) to initiate investigations and prosecutions against the persons responsible for international crimes, including torture and other crimes against humanity committed in Zimbabwe.

Despite being in possession of extensive evidence the NPA and the SAPS did not initiate an investigation. SALC attempted to engage with the NPA on numerous occasions. However on 19 June 2009 (14 months after the initial request) the NPA informed SALC that no investigation would be initiated.

On 15 December 2009, SALC, together with Zimbabwe Exiles Forum (ZEF), instituted legal proceedings to judicially review the decision of the NPA and SAPS not to institute an investigation. They allege that the reasons relied on by the NPA and SAPS bring the decision within the purview of the Promotion of Administrative Justice Act 3 of 2000 because it is irrational, unlawful, took into account irrelevant considerations and ignores South Africa’s international and domestic obligations to investigate and prosecute international crimes.