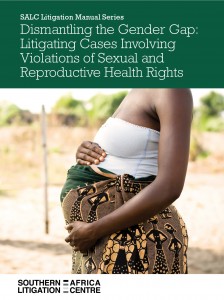 Two years after 14 commercial sex workers in Mwanza were arrested by police and forced to undergo an HIV test, the issue has now taken a dramatic turn with the sex workers dragging government to court for unfair action and for violating their right to privacy.

The women also claim that the forced HIV test was cruel, inhuman, degrading and violated their dignity. They are now seeking compensation “for the trauma to which they were subjected.”

In September 2009, police in Mwanza went on a routine sweep for criminals at and around Mwanza Trading Centre. In the exercise, they arrested 91 offenders, 14 of which were sex workers.

The sex workers were forced to go through an HIV test at Mwanza District Hospital. An official at the hospital admitted he had conducted the test and told the media that the women had been found to be HIV positive.

Now, the women have hit back and are seeking legal redress.

They s filed for judicial review at the High Court in Blantyre and Justice Silvester Kalembera gave the women consent to proceed with their action which they needed as the incident happened in 2009 but was only brought to the attention of the court in 2011.

In court papers filed in the High Court in Lilongwe, the women say the decision by the Officer-in-Charge of Mwanza Police Station and the District Health Officer of Mwanza District Hospital to subject them to a forced HIV test without their informed consent was illegal.

“[It should be] declared to be unlawful on the ground that the said decision is unreasonable and arbitrary and thus constitutes unfair administrative action,” read the documents obtained by The Sunday Times.

Their lawyer, who has opted to be anonymous, confirmed to The Sunday Times yesterday that the case was on.

He said they had been pursuing it for some time and the arguments have been changing as there are international parties also interested in the matter. A source familiar to the case alleges a regional NGO and some international bodies interested in human rights and governance was funding the legal costs for the nine women.

The lawyer for the women declined to be named in this story in the interest of those international partners.

The women argue that forcing them to undergo an HIV test was a violation of their constitutional rights to privacy and liberty, non-discrimination, to freedom from cruel, inhuman and degrading treatment and to dignity of the person.

“The decision by the First Grade Magistrate [in Mwanza] to publicly disclose in a court-room the results of mandatory HIV test, thereby publicly disclosing Applicants’ HIV status be declared to be unconstitutional, in violation of Applicants’ right to privacy and dignity,” they say.

When the police arrested them and had them tested for HIV, they took them to court on the charge of deliberately trading in sex while having a sexually transmitted disease.

The women argue that prior to being subjected to mandatory HIV test, they were not afforded the right to be heard before any decisions affecting their rights, freedoms, legitimate expectation and interests were made and eventually effected.

One of the women says in an affidavit that as a result of being subjected to a forced HIV test and the results being made public, she has been ridiculed by people who are now aware of her HIV status.

“People have kept away from me and my mind has been subjected to serious thoughts about the future of my life as I was not counseled throughout the whole ordeal. I pray to the Court to condemn the conduct of the Respondents and order that I be compensated for the trauma to which I have been subjected,” she says.

Since the case was filed, the Attorney General has not responded to the issues raised by the sex workers and the case is coming up for preliminary hearing on December 14, 2011 for the court to fix a date when substantial hearing can begin.

Police defended their action then of forcing the sex workers to undergo an HIV test. They said it was part of their investigation to have them tested.

They referred to Section 192 of the Penal Code which says: “Any person who unlawfully or negligently does any act which is and which he knows or has reason to believe to be likely to spread the infection of any disease dangerous to life shall be guilty of a misdemeanour.”

Speaking to this reporter when the incident happened in 2009, Secretary for HIV/Aids and Nutrition in the Office of the President and Cabinet, Mary Shawa said while Malawi had to employ every available and legitimate way to contain HIV/Aids, testing the sex workers alone, and not their clients as well, was not justice enough.

She said the HIV infections rates among sex workers in Malawi were high, ranging between 70 and 80 percent.

She said at such a high infection rate, the sex workers too had a moral obligation to protect their clients’ right to life.

“We all know the importance of human rights. But when we are demanding our rights, we also have to keep in mind our responsibilities. It is the sex workers’ right to make money but if we are all careful, we will not make that money at the expense of another person’s right to life,” Shawa said then.

The sex workers were charged, fined about K1,200 each and released.

However, Human Rights organizations, including Southern Africa Litigation Center and Human Rights Watch, have condemned this piece of legislation arguing that it violates fundamental human rights such as right to privacy, right to non-discrimination and right to human dignity.