SALC in the news: A diplomatic dilemma

Home » SALC in the news: A diplomatic dilemma 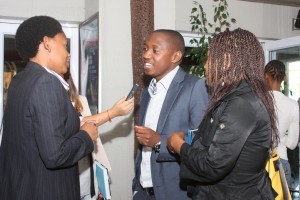 Relations between South Africa and Rwanda seem to be thawing after the nations President Paul Kagame accused South Africa of unwillingness to help in the arrest of terror suspect General Faustin Kayumba Nyamwasa.

General Faustin Kayumba Nyamwasa has presented a major dilemma for South Africa for the past 18 months. It simply does not know what to do with him.

Rwandan President Paul Kagame’s former intelligence and army chief fell out with his boss and fled to South Africa in February last year.

He was tried, convicted and sentenced to a long prison term in absentia on charges of terrorism related to several hand grenade blasts in the capital Kigali.

In July last year, two groups of men, from Rwanda and elsewhere in Africa, unsuccessfully tried to kill him in Johannesburg.

They are now defending themselves in court against the State’s charge that they were sent from Rwanda to kill Kayumba.

The chief State witness has fingered Kagame’s government and that is evidently what Pretoria believes to be true.

Meanwhile, Pretoria has annoyed Rwanda by refusing to extradite Kayumba to Rwanda and instead granting him political asylum.

All this soured relations so badly that Pretoria recalled its high commissioner, Dumisani Gwadiso, from Kigali soon after the attempts and has still not returned him, a very strong diplomatic gesture of annoyance.

And the two bungling assassins’ trials continue, promising to embarrass Kigali even further as they unfold.

France and Spain have both asked South Africa to extradite him to stand trial for alleged war crimes around the time of the 1994 genocide by Hutus against Tutsis.

The result was that South Africa has done nothing about him.

The basis for this purported improvement in relations is that Kayumba will be moved from South Africa to a “neutral country” which is still being sought.

Karega said that would satisfy Rwanda’s concerns because the new host country would have to take him on condition that he did not abuse its hospitality to agitate and plot for rebellion – as Rwanda evidently believes he has been doing from South Africa.

But it is hard to see, though, how transferring Kayumba to another country would resolve South Africa’s dilemma.

If it transfers him to a country which refuses to hand him over to France or Spain, it will be accused of obstructing international justice.

Indeed, rule of law champions like the Southern African Litigation Centre (SALC) have warned Pretoria against such a move for that reason.

They had earlier demanded that South Africa revoke his asylum on grounds of his alleged human rights abuses.But if South Africa instead gives him to a country which is prepared to hand him over to France or Spain, that would surely just be passing the buck.

The latter also seems unlikely if Karega is right.

He said yesterday that part of the deal being negotiated was that Rwanda would vet the choice of country to which Kayumba was sent.

And Rwanda certainly does not want him sent to a country which will hand him over to Spain or France.

That would mean him going on trial where embarrassing evidence about the complicity of Kagame’s top command – himself probably included – in some of the crimes he has been indicted for could be aired.

This is certainly a dilemma for South Africa as it tries to juggle its various interests, mainly its relations with Rwanda versus its obligations to international criminal law.

This recalls a similar dilemma over the International Criminal Court’s indictment of Sudanese President Omar al-Bashir.But it is in the end a dilemma of its own making.

It should hand him over to France.